In a few years to come, 48 percent of all Americans will be out of work. 25 percent are already homeless,  claims an experienced professor in South Beach languages in Florida, USA. The American Dream is haltering. If you are not prepared for the crisis, having to buy cheap burgers at Mc Donalds for your family every day, might hit you like a hurricane. Here are 6 reasons America is struggling to keep the balance. Actually this yoga on the beach is probably one of the last free things in this tough country. 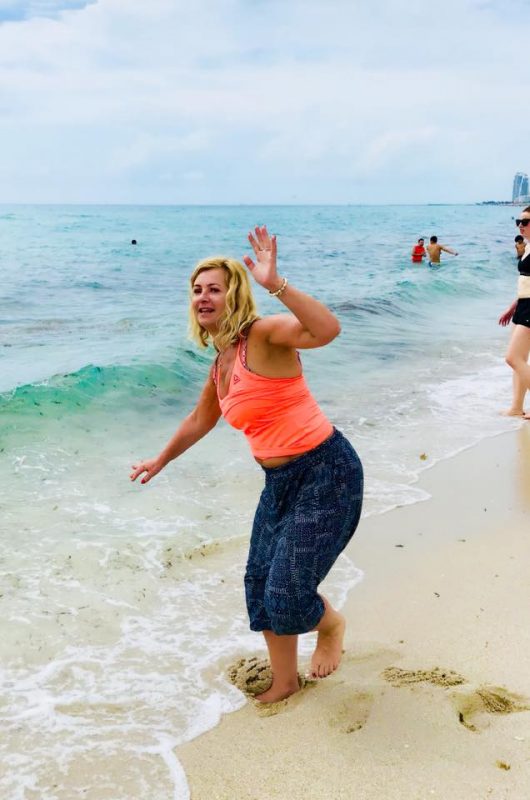 By Tina C Holm, Norwegian freelance journalist and teacher, visiting Florida on a small scholarship from NJ – Norwegian journalist Association. I am studying English in Florida for some weeks and tell about my experiences.

Florida is overrated and it is not the real America, claims my professor.

2. One person who claims he will make America better is Donald Trump. The reason he could win the election and become president is according to the professor that he offered a solution for all these frustrated people: He said he would close the borders and keep America safe, so that nobody would take your job and food away from you. It is manipulative, but it worked. In an easy way the professor explains why nationalism is increasing both in US and the rest of the world: Economics is going down, and that makes us suspicious to new people: «Why are these new guys coming here getting money and jobs – when I had to struggle for everything..?»  Even in Italy people are starting to get more racist and nationalistic and the Italians did not use to be like this! Poorer life make us more selfish and protective. People become frightened to lose what they have and hold on to their own rights and goods. In Norway we see the same sad effects. One of the female teachers in South Beach Languages is as devastated about this as I am: She gets so sad reading racist comments in social media, that it hurts. It is a small relief that there  is a reason for everything: Poverty, economical crisis and the envy of others seeming to have a more easy life, make some people angry and hateful.

Give the people money from the state to live for

To give the people  money from the state, is a solution, says my professor: He claims that in a few years from now, 48 percent of Americans will lose their jobs. Robots and self service will take over the jobs and that will be a huge crisis for the country and especially for people that are not prepared for it. He can’t believe why Switzerland recently voted no to money from the state: It is called civil wages. (borgerlønn.) Why would anyone say no to money help? As a single mom, I sure would be grateful for it. Wouldn’t you? Still it is a sad solution to fix a society in crisis with too much unemployment.

3. A lot of young people come to South Beach in Florida, USA hoping for a better life and to live The American Dream – but they do not find a job either because it is hard or because they do not know English good enough. Some of them hope to study here, they wish for a scholarship, like a young Italian girl I helped out with her university application. Her family does not support her decision to stay in US, what shall she do?  She looks a bit uncertain. She just knows she dont want to stay in her hometown in Italy anymore.

The school I attend is nothing like I thought it would be. Most students are not coming here for pleasure for a few weeks like me. Some of them stay in the school for years, and they have to come every day, if not they will have to leave the country. You cannot stay in Miami without green card or without doing anything. Attending an affordable English school like South Beach Languages is  an option. It is also a good opportunity to go there study for a Toefl test. The school gives Toefl practice classes. The famous Toefl test is hard and academical  – but if you pass, it will be easier to get into a college and might also help you to get a job.

4. People I meet are not as friendly as I thought they would be. They are impatient, hard, cynical: «Miami people are not nice,»  an educated gay couple I meet downtown confess. They lived here for two years and know everything worth knowing: «People here are not educated, they are rude also. If you want to meet nice and kind people, go to Fort Lauderdale,» is their advice.

A man from New York, born in Puerto Rico goes even further: «Do not believe in the system here. It is all corrupt. Miami is a crazy city where nobody cares about anything and where people work like slaves. Write about the real America, behind the facade,» he begs me.

Miami is an expensive city. Here, people want to do business, they want to get tipped – at least 15 percent or more. Even 30 percent tips, they ask for! Food and drinks look cheap, but when I receive my bill, they have included tax and tips which almost double the prize! If I dont tip extra , they look bitter.  It is not like in Norway where the waiter is lucky if somebody actually tips him. Here you do not have a choice. A young girl in my school from Czech republic, says she gets much better paid here than back in her country, she works as a waitress here and can live from the generous tips. Back home  they do not give her extra. She works hard, both with her English in school and in the restaurant. Her boyfriend stays in her home country and the distance is hard for the relationship. Still she prefers to stay here where she gets proper paid. We discuss hostels, and yes, she knows everything about sharing rooms in cheap and filthy hostels – that was all she could afford when she got here. Now she is lucky to have her own room, most people don´t.

My female teacher does not get a good payment. Nobody tips teachers. She is  lucky to have found  a cheap beauty store where she can take her little daughter to get her nails done every weekend. It does not seem like much luxury. One of my room mates in the Freehand hotel and hostel, hired a bunkbed for some days to attend his son´ś wedding. You should think a nice man like this would choose a 4 or 5 star hotel for this purpose,  – but no. As a retired constructive worker, he has to save his money.

5. After hearing all these depressing details about violence and poor payment it is clear that The American Dream is fading. There are more bad news to come: In my country Norway, we have at least 5 weeks off every year and most people can easily go to their boss and get some time off. Not in the US. You work long days and maybe after 5 years, your office will give you 2 weeks off per year. That is all. Also, do not get sick in US – treatment is not free – and unless you have a health insurance – it can end really, really bad. Delivering a baby is expensive – in Norway we would think you are crazy if anyone said you had to PAY to have your own baby! You have to do it here. And in the US people are not hired anymore: 25 percent are homeless, claims the professor. By this he means that the companies will give you only 70 or 80 percent work so that they will not have to pay for your health insurance. This means your life is unsafe. Also – struggling to get money to pay for your life, means more and more people live unhealthy and become fat: Chips, doughnuts, burgers and sweet cakes are cheaper than vegetables and real, healthy meals.

Even the police sell drugs in this country

6. Most people I meet look innocent, but eventually, who can you trust in this country? Even the police sell drugs here, claims my professor. Wherever I go, I can smell marihuana, and I do not like it. I love wine, beer and gin, but drugs has always scared me off. I dont even like the smell of pot, it makes me feel sick. (I know my son is laughing when he reads this, but it is the truth.)

As mye teacher goes on putting America down, I feel like going home.  And now they are scaring me off with the police: «Do not move if the police stops you,» says a young female student, also from Europe. She has been in school now for a long time, and cannot get out. «She even sleeps here, in the back room,» the professor claims, teasing. The girl looks at me, and it is clear she is suspicious of me, «the unknowing, lucky grown up tourist.» – If the police arrest you, do not look for something in your bag, then they will shoot you, » she says, just hold your hands out and play dead. » The professor nods his head. The US police is brutal, they recently shot a young man visiting his grandmother, because they thought his phone that he reached out for in the back yard was a gun. They shoot dogs too, dogs are just belongings here, not living creatures, he goes on My god.

I already feel half dead as I leave the school this last day. I really love this school, the nice teachers, the good atmosphere and my cool school mates in South Beach languages. After  2 small weeks I have a heartache leaving everything behind. But – the harsh truth about US makes me not want to live here on a permanent basis.

I will return to Europe like I planned. There at least I know how to keep my balance. Some experts even say The American Dream is now happening in Europe – and if you want to live it, you should go to Denmark (or even Norway.) 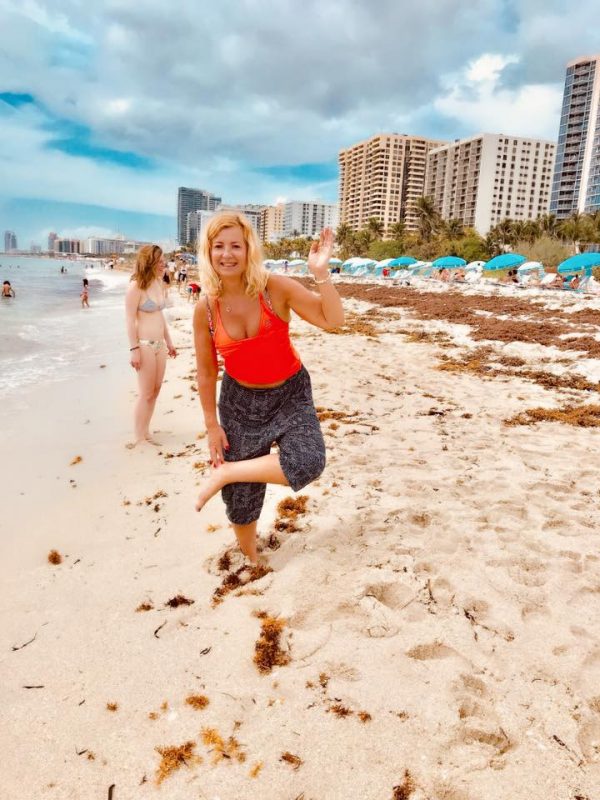 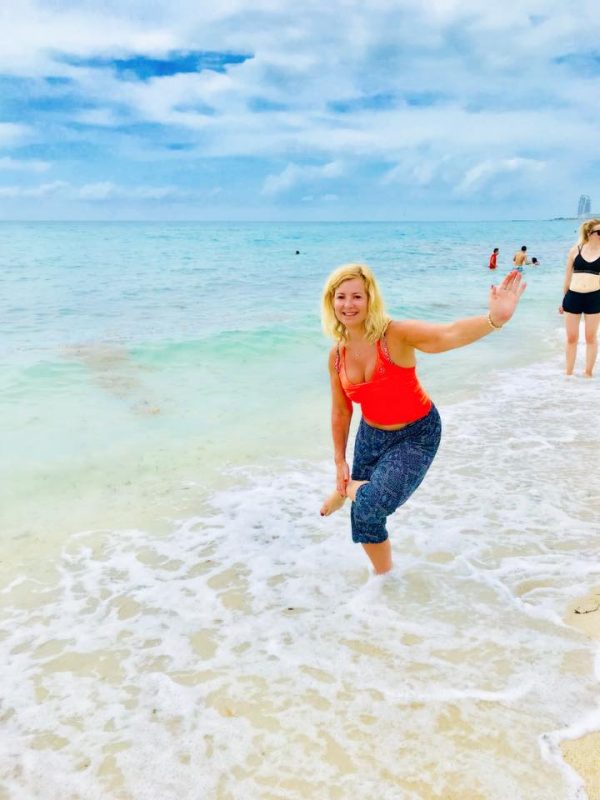 From South Beach, Florida on a small scholarship for studies, Tina. 🙂

Also read: Did the Recession kill The American Dream

Also read: 15 reasons The American Dream is over

Why I turned down a luxurious stay at Hilton; 3 good reasons

I was denied access to a nightclub in Miami; read my 3 warnings: What not to do

Also read: Warning: Oops, I did it again: I was thrown out of the bus because of Groupon

Also read: How to find room in Spain